News
Back to all news
JBIC Signs MOU with SID banka, Promoting Cooperation between Japan and Slovenia to Create Business Opportunities

The Japan Bank for International Cooperation (JBIC; Governor: MAEDA Tadashi) signed a memorandum of understanding (MOU) on June 14 with the SID banka, d.d., Ljubljana (SID Bank; President: Damijan Dolinar) in the presence of Her Excellency Dr. Ana Polak Petrič, PhD Ambassador Extraordinary and Plenipotentiary of the Republic of Slovenia, to further strengthen cooperation between the two policy-based public financial institutions, in areas such as digitalization, clean energy, environment and quality infrastructure in Slovenia and third countries. 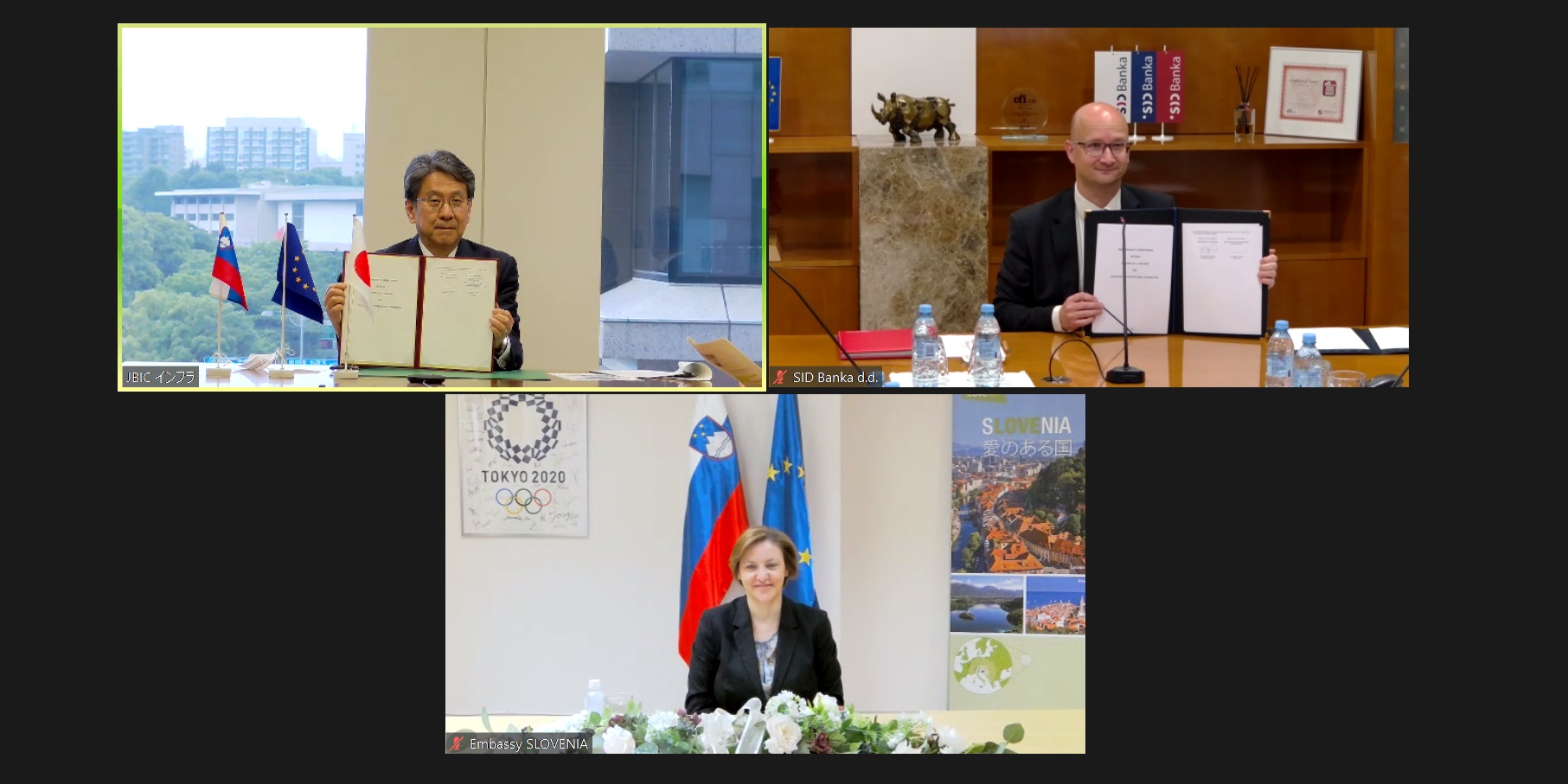 In view of the 30th anniversary of the establishment of Japan-Slovenia diplomatic relations in 2022, enhancing the cooperative relationship between JBIC and SID Bank, by sharing expertise and considering collaboration opportunities, will encourage the creation of business opportunities for Japanese and Slovene companies.

Damijan Dolinar, President of Management Board, SID bank: SID Bank as Slovenia’s national promotional bank is looking forward to building on the signed MOU and furthering its cooperation with JBIC to the benefit of Japanese and Slovene companies. Japanese investors in Slovenia already feature among those with the highest value added and the signed MOU seeks to further the cooperation, most notably in the fields of digitalization, innovation, clean energy and infrastructure while also supporting the exchange of best practices between SID Bank and JBIC.

By subscribing to the newsletter you agree that SID banka, d.d., Ljubljana can notify you about news related to the bank, general information related to communications and advertising, articles, current offers and other business information, as well as performing analyses about the reading of the submitted contents for its own needs and uses your personal data, whereas it can engage an external provider (e.g. mailChimp) for the mailing list in accordance with its rules and store the data in the cloud. SID banka hereby guarantees that your subscription can be revoked and your data erased at any time.